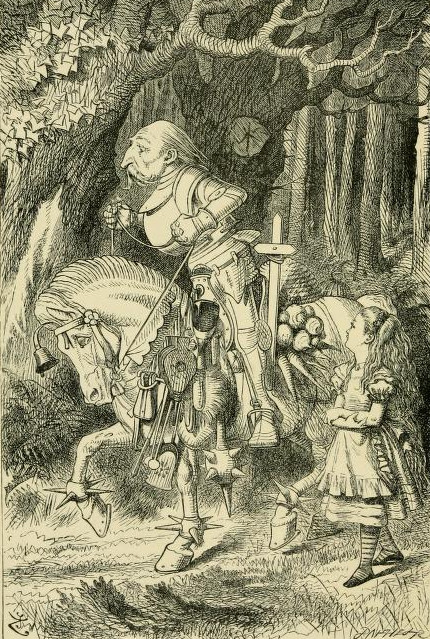 The White Knight is a master at constructing confusing naming systems.

Give everything you are naming at least two names. This gives the reader twice the amount of information to remember. For example, instead of just naming your company Productr, call it Productr but also call it Widgetr. This allows the reader to think there are two things when there only one. The best policy is to use Productr for long enough for the reader to forget that Widgetr is also a name. Then switch with no explanation.

Instead of just doing strait synonyms, make the words mean almost the same thing, but not exactly. This is the situation with the UK vs England vs Great Britain, though that situation was created by accident. For example, make Productr the name of the company, and Widgetr the name of the sole division inside the company. For events, you can make the name different for events happening on different days, for example calling "buying computer" on a weekend "shopping" but calling it "procuring" on weekdays.

Make every name a misnomer. Call your CEO the Janitor of Management, or even better Janitor of the Basement, for saying management at least hits at the true role. Carpetbag of Orange Trees is even better, because "Janitor" leads the reader to conclude correctly that the CEO is a human. You want none of that.

You may think that naming everything the opposite of what it is would maximize misdirection. You plan would be flawed, since the reader would learn to just flip everything around. Instead, make sure there is no pattern to your naming scheme. Instead, semioccasionally give something a good name. The reader used to your misnomers will assume that it is not that and be mislead. This will guarantee that your names will contain no information.

Use White Knight's method* and give your names names. Thus, Productr's name's name might be Albert. Albert wouldn't mean Productr but would mean Productr's name. Therefore, Albert's last letter is R since "Productr" ends in R. There is little need for such a name, but the mere mention of such a name throws confusion into the discussion like a hailstorm.

The name of this page's name is "Waterbuffo" unless it is in the possessive case, then it is called "Ears'". Thus, Waterbuffo starts with the letter M, and Ears' first letter is M.

*I am in no way suggesting that the White Knight is trying to confuse the reader, merely that we can use his methods to do so.